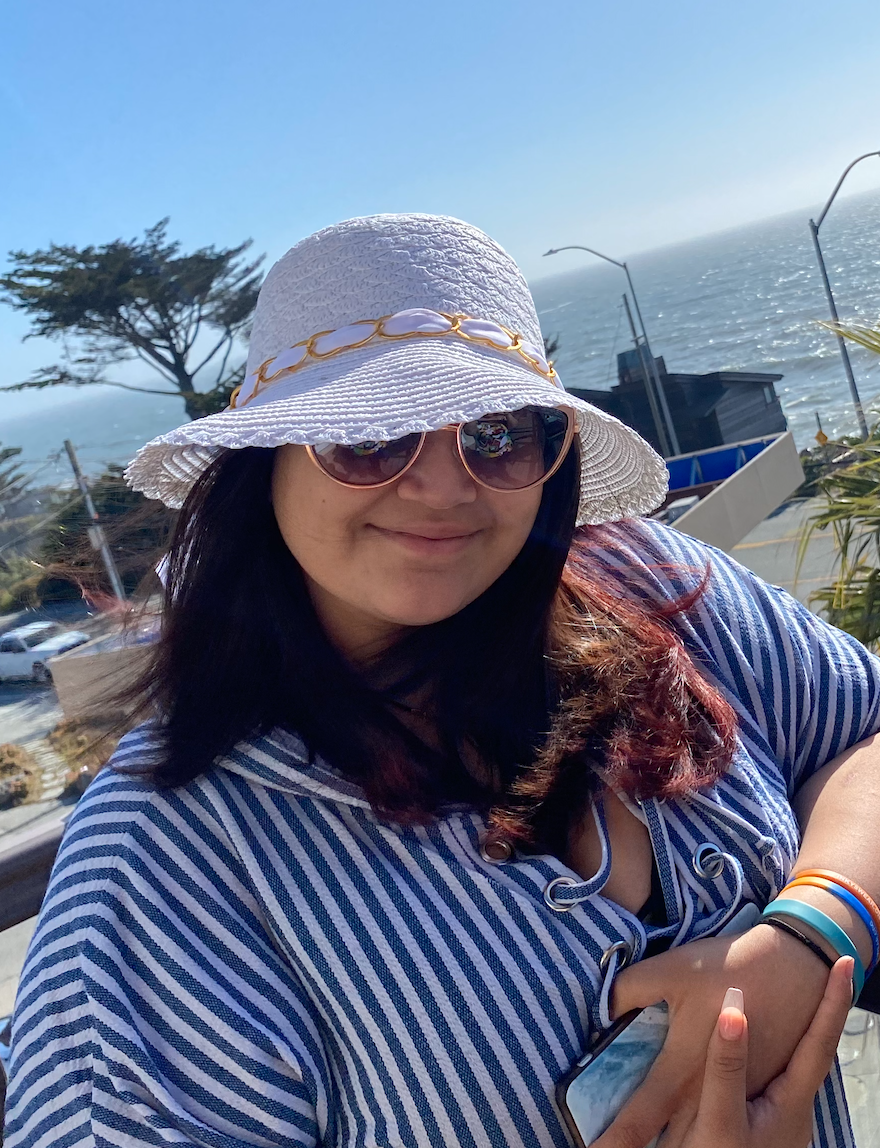 Just four months after Allison’s diagnosis, Karen’s mom diagnosed with lung cancer in December 2019, and she passed away only one month later. She was living in California, so Karen so trying to travel back and forth from Chicago at the same time as Allison was sick and her husband was in El Salvador.

In early 2019, Allison, aged 12, was spending a lot of time playing basketball and she started complaining her knees and back were hurting. Her mom, Karen, thought she was just sore from all the exercise. The pain continued and became consistent, so Karen took her to the ER. They couldn’t find anything seriously wrong, so Allison and Karen returned home without a real answer.

One night, Allison couldn’t walk at all. Her mom took her to the ER again, but they were still unable to work discover the root cause. A few weeks later, Allison was spending the night in a bunk bed and found herself unable to move.

“We were scared,” said Karen. “My husband and I managed to get her off the bunk bed and take her downstairs.” Once again, they didn’t find anything wrong at the ER. Allison started looking very pale, so her mom took her to her primary care doctor who did bloodwork which came back showing some abnormalities. The doctor suspected leukemia and told them to go to the University of Chicago hospital.

“It was 3:30 p.m., I remember,” said Karen. “I had to tell my neighbor to pick up my son from school and keep him. On the third day at the hospital, August 26, 2019, they finally confirmed our worst fears: Allison had leukemia. I really can barely remember that day. It’s as if my mind is blocking it out. The worst part was that I was all by myself. My husband was abroad; he had to leave the country. We are from El Salvador. He had gone one week before and there was nothing he could do to get back. So, I was the only one with her; all our family is in California. When I told them, they all started crying and I had to be the one to reassure Allison that everything was going to be ok. She was just a kid and had a bright future ahead.”

“My son, in some ways, got the worst of it,” said Karen. “I was going back and forth all the time, leaving him with the neighbor, going to the house, then the hospital. We are one hour from the hospital. If the traffic was bad, the round trip would take four hours.”

Thankfully Karen’s boss at the landscaping company she worked for was enormously helpful, allowing Karen to work remotely at times and reducing her hours. It helped that she had been there seven years. Still, she was juggling so much all on her own until her dad was able to come to help.

“It was a bit of a relief that he was there, and he ended up staying the whole year,” explained Karen. “When my husband quit his job and returned to El Salvador, we had to rely on just my income and we lost our insurance; we had to be in COBRA for a while. Medicare was taking so long to give us the answer, we had to pay out of pocket to keep the treatment up.”

“I felt very upset and sad, asking God ‘Why is my kid going through this? Why has it happened to her, why us?’ I was tired and frustrated, sometimes I would just get home and Allison would spike and fever and we had to go right back to the hospital again.”

Just four months after Allison’s diagnosis, Karen’s mom diagnosed with lung cancer in December 2019, and she passed away only one month later. She was living in California, so Karen so trying to travel back and forth from Chicago at the same time as Allison was sick and her husband was in El Salvador.

“I had to do what I had to do. Thank God for the family I have and that my dad was there to take care of Allison while I was with my mom,” said Karen.

“My social worker helped me finding [Pinky Swear]. First of all, we received an Orange Envelope, then help with the rent; you paid one month back in October 2020. When I got the assistance, I was so grateful. I was struggling too much emotionally and felt very relieved. I had no money to pay my rent. I couldn’t work full-time, only four or five hours per day, and I was only getting paid for those hours. My expenses went up. Parking at the hospital was not free. That was the hardest time for me; the whole year was a huge challenge. With COVID, my husband was stuck over there. Not able to do much. Thankfully he was able to come back in August 2020.”

“Allison was emotionally frustrated because she couldn’t just be a normal kid. She got depressed, her dad wasn’t here. She was mad with life, and it was hard to cheer her up. For her, the hardest part was losing her hair. We found an organization that donated her a wig. It came out well and she was comfortable wearing that. She had a lot of friends that helped her get through it. It was hard for my son. I had to put him on one side to take care of her. Now he wants to be the man of the house and take care of me. He is such a good boy.”

“When I got the help from Pinky Swear, I felt relieved at the time, I realized that I could rely on other people to help us. Trust me, I got so blessed with that, I can only say thank you and it meant a lot because I was going through so much myself.”

Allison was able to participate in an All-Star PACK experience in the winter of 2021 which she enjoyed so much that she is now helping Pinky Swear Foundation define what these experiences will look like in the future as part of a group of other All-Star kids. Allison was also one of the first recipients of a Pinky Swear All-Star scholarship to allow her to fulfill her dreams of becoming a nurse. She always tries to look on the bright side and one special part for her is that her hair has come back curly; it used to be straight. She remains very hopeful that she will never have to go through it all again.

In May 2022 Allison was able to ring the bell and is officially in remission. Karen has a job in optometry, is studying to be a medical assistant, and things are starting to look up for the family.