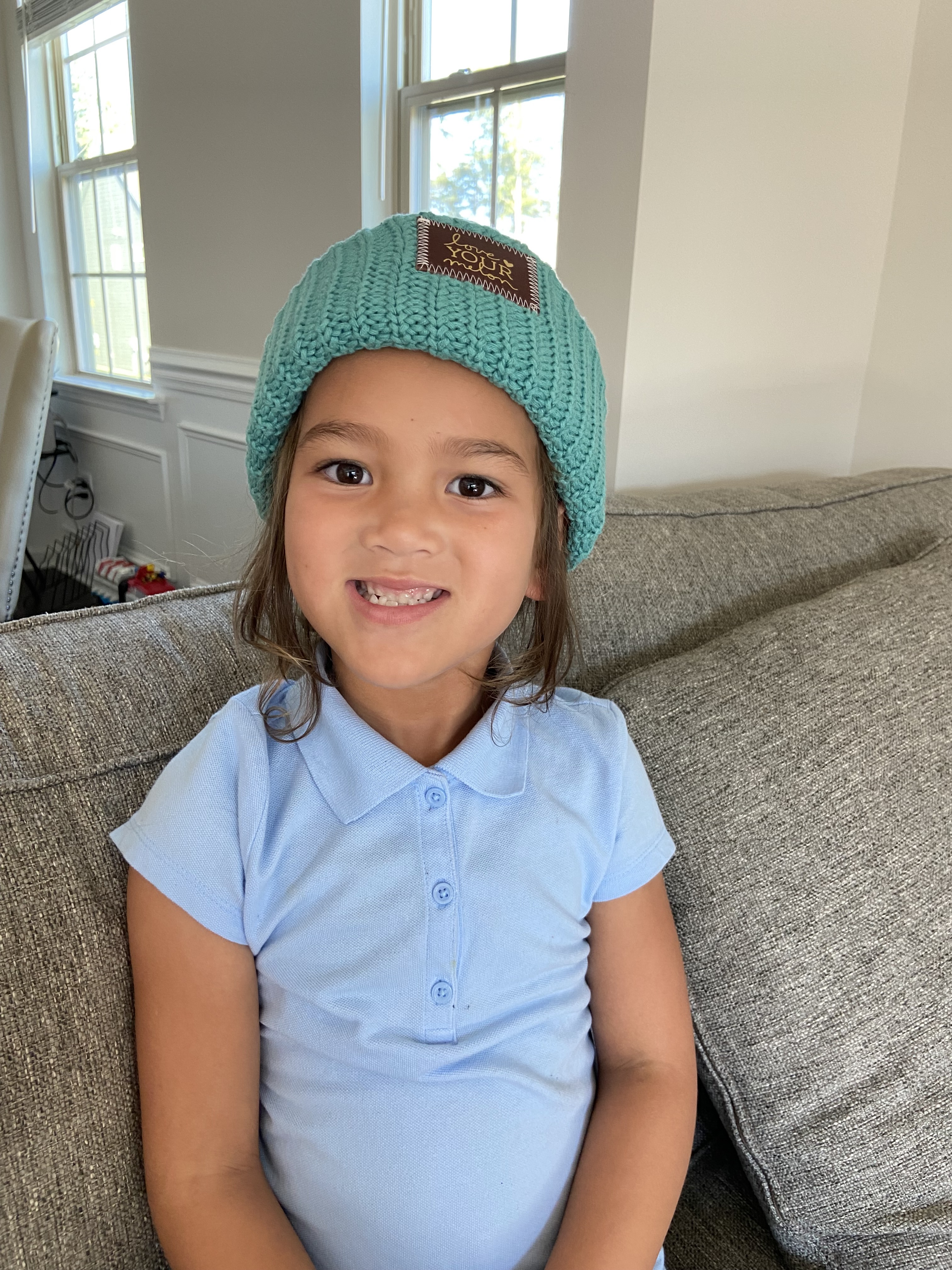 During this stay, Amelia had her first surgery and was diagnosed on Saturday prior to her discharge with a stage IV germ cell tumor (yolk-sac tumor). It had spread to her liver and possibly her lungs, but her chest x-ray was unclear. Amelia underwent four rounds of chemo, each round lasting approximately five days to seven days total.

Amelia's family moved to Charlotte from Chicago in August 2019. Amelia attended preschool in the fall and kept having what they thought were "stomach bugs." Both times they took her to the pediatrician, the issues would resolve within the time limit they suggested.

One evening in November, Amelia's mother remembers practicing somersaults with both Amelia and her younger sis, Annabelle. Amelia had gymnastics at school and had just mastered doing one on her own. When Michelle's husband arrived home, Amelia collapsed in pain screaming when she attempted to run to greet him. She told her husband to take her to a children's ER because she thought it might be appendicitis, which seemed horrible and scary at the time. At the ER, they completed an abdominal ultrasound and located a mass. Amelia was admitted to an oncology floor. Michelle remembers asking every morning during rounds if this could be something else besides cancer or if this mass could somehow be benign, but she knew by watching the oncologist's facial expressions and body language that it was cancer.

During this stay, Amelia had her first surgery and was diagnosed on Saturday prior to her discharge with a stage IV germ cell tumor (yolk-sac tumor). It had spread to her liver and possibly her lungs, but her chest x-ray was unclear. Amelia underwent four rounds of chemo, each round lasting five to seven days total. She had a horrible reaction to a chemo drug during her first round which in some ways was a blessing because they added Benadryl around the clock, which seemed to help her toddler body handle the steroids a bit better. She underwent four surgical procedures during her treatment... the last was a major abdominal surgery to remove the remaining mass. Amelia went into remission the week COVID arrived in Charlotte and the city began its first "quarantine." As a family, they celebrated Amelia's remission as best they could by decorating her bedroom and the whole house. She thought it was her birthday. She has had two additional surgeries post completion due to intestinal blockages from scar tissue.

Amelia's thriving today! She's loving life, her friends, her family, etc. She is a typical kindergartner dreaming of becoming a doctor. She's had a couple speed bumps along the way requiring two additional surgeries and needing iron supplements, but she's a warrior.

Additionally, Michelle started a caring bridge site for Amelia which helped to not only share information, but also receive support from friends and family. Also, Michelle has heard the term "army strong" in reference to armies and their families supporting each other, and she believes that there is "cancer strong."

"Our family was new to Charlotte, so we had just started making friends, but we felt like we had an instant Charlotte family through the support of our friends and church," Michelle said. "Meal trains were started for us, additionally friends and family flew to Charlotte to help babysit our other daughter, Bella, who was only 14 months at the time. These family members and friends would stay with us for 5-7 days during Amelia's inpatient stays. Local friends offered to help babysit when needed for appointments between rounds. Also, when Amelia was diagnosed, I was just starting my job search and we went from a two income household to single income household with medical bills. Our social worker helped us to contact Pinky Swear to help with finances."

"Pinky Swear has been amazing and wonderful for our family," Michelle said. "The food pantry provided at Levine was extremely helpful. I would pack all sorts of foods from home for Amelia during her stays, but she always wanted the food from the pantry. At Levine, the food items are kept in a family room. She never wanted to stay in her room so going to the family room and eating dinner there while watching Paw Patrol was an escape for her. When I stayed with Amelia, I would never leave her to get food since she was so young and scared of being in the hospital.

Pinky Swear has also helped their family financially. When she was diagnosed in November, they ended up hitting our max two years in a row and additionally the following year due to ongoing monitoring and additional surgeries.