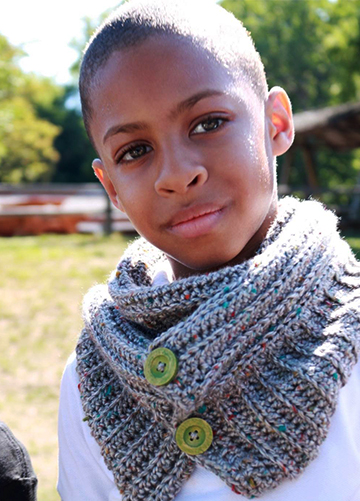 "There's nothing like worrying about where your ill child will rest his head."

In September 2017, Daniel woke up with a stomach ache, so his mom, Shannon, took him to urgent care. There they ruled out the flu but suspected he had appendicitis. During an ER visit the next day, they were surprised to find blood in his urine.

“From that moment our lives would never be the same,” Shannon said. “At first we thought it was a mistake, but then we were just in shock.”

A whirlwind ensued, with spinal taps, blood and platelet transfusions, bone marrow surgery and a port implanted in Daniel's chest. Meanwhile, Shannon was expecting their third child, but the miracle of their conception was immediately overshadowed by Daniel’s diagnosis.

“It affected our family tremendously because we were always on the go. Now we were confined to the hospital first, and then home. We also have no support system – no babysitters or help - with all our loved ones in Michigan,” Shannon explained.

They were working toward purchasing a home before the diagnosis, but that dream has been put on hold. Shannon has cut her work as an accountant by more than half. Daniel's dad continues to work full time, but had to take time off without pay to be with his son. When paying the rent became a struggle, Pinky Swear was there to assist with rent and to ensure they have a stable place to live while Daniel was in treatment.

“It has taken a great burden off of us. We were so used to being self-sufficient,” explained Shannon. “There's nothing like worrying about where your ill child will rest his head. The thought was overwhelming.”

Daniel's cancer is in remission and he is currently in his intensive phase. Once complete, they anticipate he should be able to go back to school. Shannon reports they have good days and bad days, but their faith is what keeps them from breaking. And, they are still dreaming to buy that house in the near future.

“The day Daniel was diagnosed, he was rushed to the hospital in an ambulance with an aggressive form of leukemia. But five days later when we left the hospital, he had one of the milder cases. God is still a miracle worker. In the mist of trial He is still faithful.”