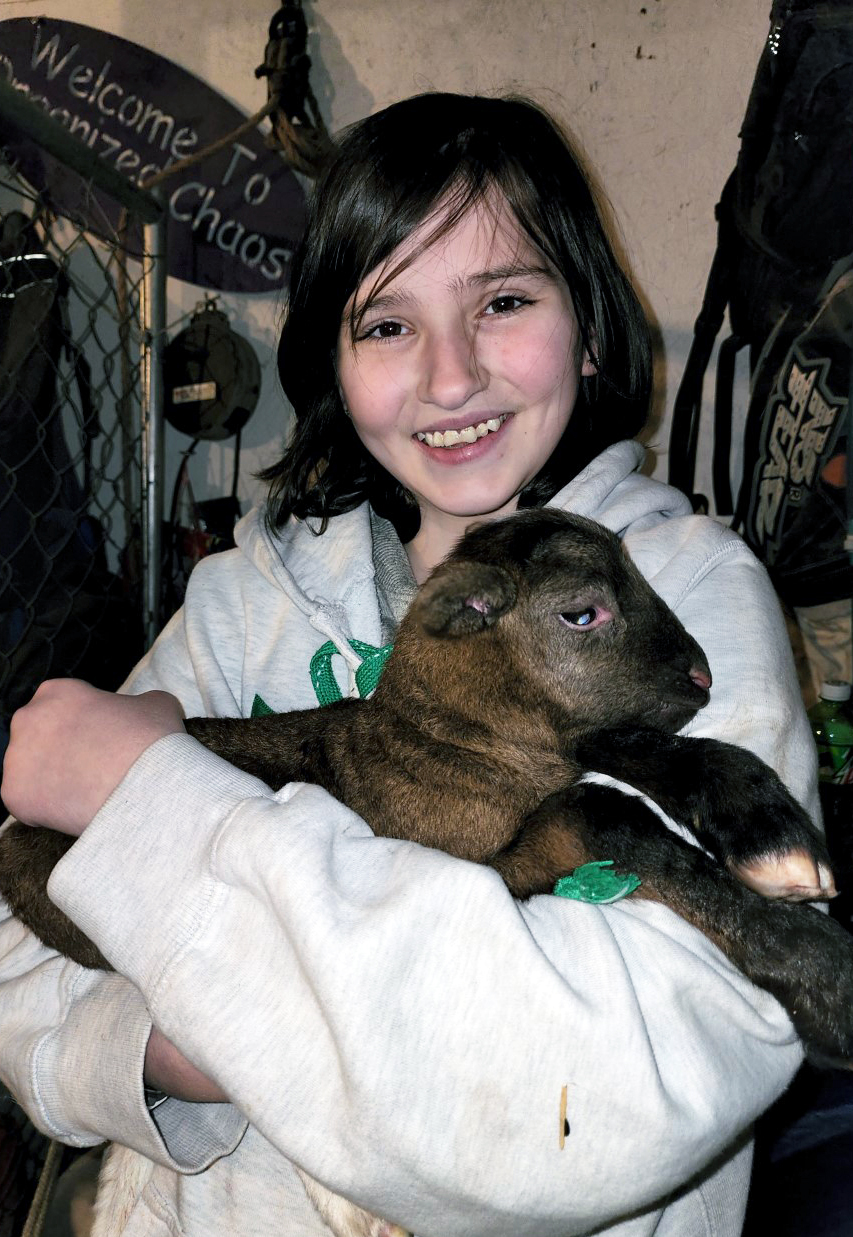 "I especially love the care packages Pinky Swear sends! How do they know us so well? They always send the perfect things! I want to be like Pinky Swear and help people like they help us!”

May 4, 2015, Jiry was diagnosed with a brain tumor. She has had major health problems ever since she was born in 2005, two months before her due date. Her twin did not survive.

“I always knew that something was wrong. Jiry just wouldn’t eat; she pocketed her food,” said Bridget, Jiry’s mom.

She took Jiry to countless doctors’ appointments, trying to find out what was wrong. “Occupational therapy was three hours away and physical therapy was two hours away. I have taken her to over 200 doctors over the years, and nobody could come up with a diagnosis. When she was five, I moved house simply because we had run out of doctors and there were more options closer to Minnesota.”

Jiry was put on steroids and did a little better, but still they didn’t know what was wrong with her. Jiry would be hospitalized maybe 200 times in the first 10 years of her life, but still there was no official diagnosis. Bridget pushed for an MRI, but the doctors refused because her bloodwork kept coming back normal.

“I started imagining things,” said Bridget. “She’s tripping over, she’s weak. I began to think that we were both mental. For a couple of years, I wrote everything down, I went through so many notebooks. Jiry was so popular and happy at school. She was this itty-bitty tiny thing, just 32 pounds when she started kindergarten. Her only diagnosis was failure to thrive.”

She was given medicines to make her eat more, but she needed food in her stomach to keep these down, so it was a catch-22. Then one day, Jiry saw Gatorade in a store and pointed that she wanted it. When she drank the Gatorade she became a whole new person; the same happened with other sugary drinks. Bridget let her buy whatever she wanted to drink, and her hospitalizations lessened. Clearly Jiry needed these drinks to survive.

One day when Jiry was in the fourth grade, she said she didn’t feel well and that she couldn’t feel her legs. Bridget took her straight to the ER where the doctor on duty read the log books.

“He said that he wanted to do bloodwork. I demanded that he get her figured out. She was now drinking Sprites all night long; she was in the bathroom all day and she was the size of a three-year-old. She also had brown spots on her face. Everything pointed to a brain tumor. I told him, she’s dying, there is something much bigger wrong with her.”

Then, in the spring of 2015, when Bridget picked Jiry up from school, her eyes were both pointing outward.

“I said ‘Can you see where you are walking? Can you see my phone?’ I called the doctor, yelling and demanding an MRI. He said ‘She is dying. She has a brain tumor.’ She needed surgery the next day. I was given three different hospital options and I decided to go with Fargo. I just had to hope for the best.”

When Bridget arrived, she had a meeting with all the doctors. When the endocrinologist asked what she drank, he said that Bridget had saved her life. She has no endocrine system, and whatever she was craving, she needed, otherwise she would have gone into adrenal crisis.

Ironically, Jiry had a CT scan from when she was three years old which showed a brain tumor that only came to light at this point. They had been looking for a skull fracture.

The doctors told Bridget that they were going to take out Jiry’s left eye, but Bridget protested strongly and her eye was saved. Jiry’s surgery was not successful, though, and she was in the ICU for a month, briefly transferred out and then back in because she went downhill so fast. Jiry had no thyroid, adrenal insufficiency, insufficient sodium in her blood, and damage to her hypothalamus. Her doctors could not figure out what to do.

Jiry then had radiation and chemo, traveling hours several days each week. Bridget organized for her to stay in school until she is 21 to give her extra time. She struggles to stay awake, needing 18 hours of sleep a day. She is learning life skills, rather than academics, and is volunteering in the pre-school.

“She is not going to college. She won’t be able to hold down a job. She will volunteer her whole life,” said Bridget. “Her mentalities went way down – the lasting effects of radiation and chemo. At this point Jiry is just maintaining, there is no cure and so much damage has been done to her body.”

The family did an All-Star Weekend two years ago.

“Our hotel room was huge, we were given Nickelodeon passes and we went on all the rides at the Mall of America. We still have all those toys and games. I don’t know who picked the things out, but they were perfect, even the books fit my kids to a tee. It was hectic getting there, but the weekend was so much fun. The lady decorating the room was so sweet and kind, and the kids were absolutely speechless. Oh my goodness, it felt like I had a weekend off being a parent and it was so relaxing. They would wake up and play with everything, I could go to the bathroom by myself and even take an uninterrupted shower. That never happens. It was beyond amazing.”

Jiry added, “The All-Star Weekend gave me something to look forward to, I had no idea it was going to be that much fun! I had no idea the hotel room would have my favorite snacks and games! I still have the chapter books they gave me, and we have read them all and some we have read a lot! I ate the snacks right away! I really loved the Mall of America and the Nickelodeon rides and meeting the characters. My favorite was the rides. I rode all day! The aquarium was also amazing.”

The family also received gas cards, and Jiry participated in a PACK All-Star experience in the spring.

“I was lucky enough to be a part of a PACK experience too”, said Jiry. We would talk on the computer, and they would see our hectic life, my crazy brother, the pranks my mom pulls on us any time she wants. The PACK made me feel happy and wanted, like they seemed they really were happy to take the time to be with me. They didn’t seem forced into doing this. I miss them. I am now with a new PACK and we are getting to know each other. We meet online once a month. I especially love the care packages Pinky Swear sends! How do they know us so well? They always send the perfect things! I want to be like Pinky Swear and help people like they help us!”

When asked about her hopes and fears for Jiry, Bridget said, “Just getting through high school and trying to get respite care to help with medication. She falls asleep a lot and doesn’t take it, but, with my brain injury, I also get distracted. I hope that with medication management she will become more self-sufficient. I need to learn when I can push her and when I can’t. I don’t know how long she has to live. I have to focus on teaching her things to make her a whole person. She will never drive. She doesn’t have friends. In school, before she was diagnosed, everyone looked up to her. She was the most popular one in the entire school system. The same people are now alienating her; they are either quiet or mean.”

Bridget is not working anymore. In 2008 she was in a car accident and suffered a traumatic brain injury. After that she has not been able to work. The drinks that Jiry needs for her body are $400 per month.

“I search for coupons. I shop at second-hand stores. I still have clothes from 1986 when I was in sixth grade. I had eight pairs of leggings when she was diagnosed and I’m still wearing those clothes. We had a recent car accident, the vehicle’s value was $14,000 and the damage was $10,000, so they are fixing it but it will be about 40 days before it’s done.”

“I wouldn't have been able to do any of this without Pinky Swear. Thank you for giving us hope and things to look forward to,” said Jiry.