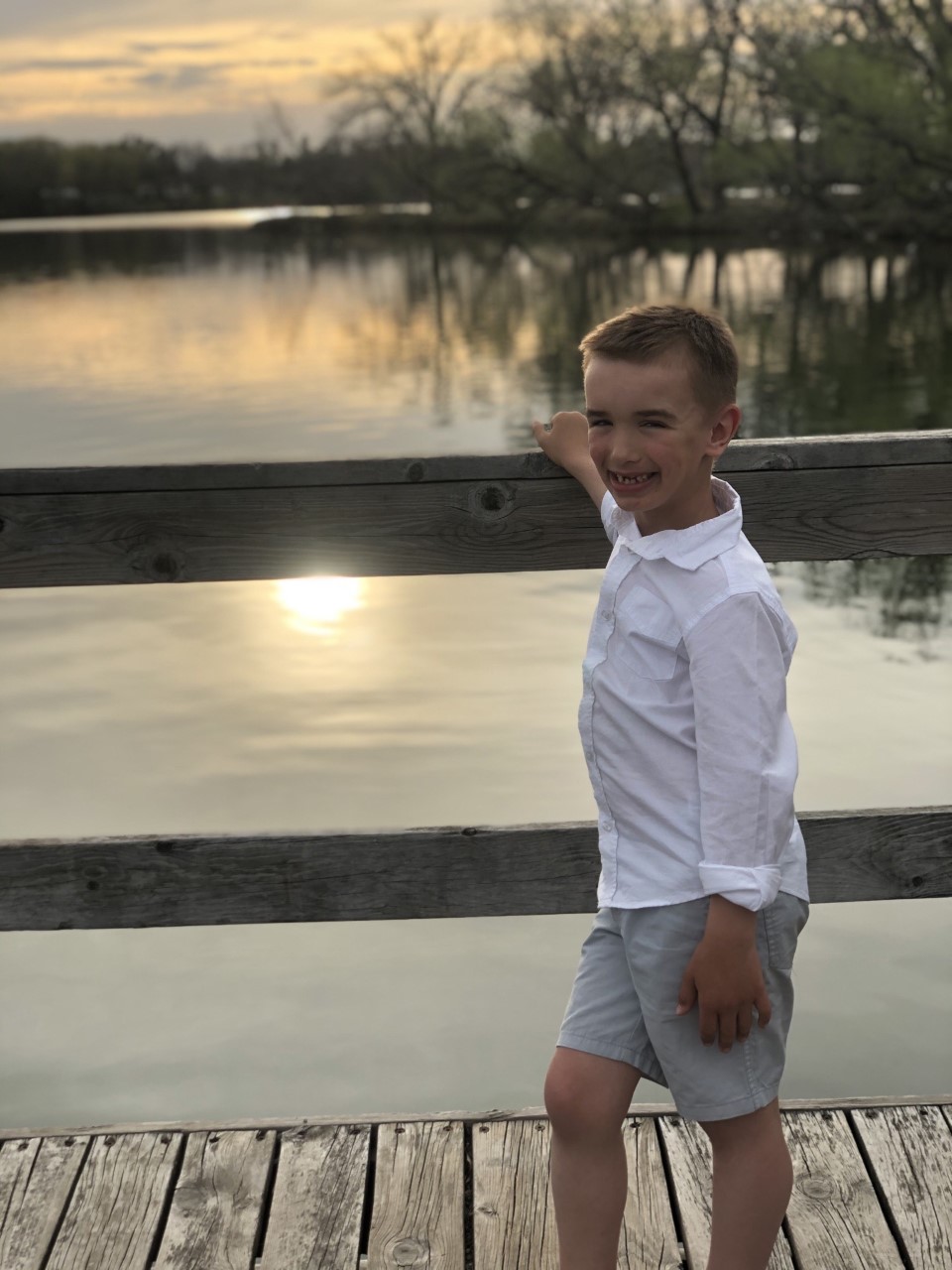 In January 2020, Kaleb was diagnosed with AML Leukemia (Acute Myelogenous Leukemia). This is a rapidly progressing cancer of the blood and bone marrow. It was found relatively early and was still showing up only in his bone marrow and not in his blood stream yet. This type of cancer is quite rare and even more so in someone of his age.

This all started when, back in May of 2019, Kaleb got a bloody nose that would not stop. He went to the local ER in Alexandra, Minnesota, and at that time were told of his low platelet counts (around 80,000) A normal platelet count range is from 150,000 to 450,000. They were unable to stop the bleeding there and he was transferred to the St. Cloud Hospital. His bleeding stopped on the way there. While in St. Cloud, his family met with a doctor at the ENT clinic. It was decided that, the next day, Kaleb would have cauterization surgery on both of his nostrils to prevent the bloody noses. The surgery went well and a week later his family noticed more bruising on Kaleb, and at that point they followed up with his primary doctor in Alexandria. Kaleb's doctor referred us to the hematologist at Children's Hospital in Minneapolis.

At the beginning of June, they met with the specialist at the Cancer and Blood Disorders Clinic at Minneapolis Children's Hospital. Initially, they thought Kaleb had ITP (Idiopathic Thrombocytopenic) because his symptoms matched that. This occurs when the immune system mistakenly attacks the body platelets. The cause is not officially determined, but in children it can follow a viral infection. At this time Kaleb's platelets dropped down to 35,000. It was decided to just monitor the situation since most kids will come out of this on their own. However, over the course of the summer, his platelets continued to drop.

In August and September, they seemed to hover right around 25,000 back and forth. His family was hopeful that this would be the start of his immune system resetting itself. However, his numbers started to drop again. They met with the haematologist and they explained that this could turn into a chronic condition. It was fast approaching the six-month mark now.

On October 30, 2019, Kaleb went to his preschool like normal and came home and enjoyed his favorite birthday foods. He went into his bedroom and was playing, a short time later, he came out with a nose bleed. This was the first one since May before the cauterizing surgery. His parents called down to the Blood Disorder Clinic and were advised to bring Kaleb down. Because it would not stop on his own, they had to bring him to the local ER and he was transported down by ambulance. Kaleb was admitted to Children's and his platelet count was at 9,000. His platelets dropped down to 5,000. He was given two rounds of IVIG treatments, which didn't seem to do anything. This was followed by a round of steroids which only raised his platelets few thousand to just over 10,000. (Keep in mind the normal range is 150k-450k).

After a week in the hospital they were sent home. They continued to check platelets week and his counts hovered right around the 10,000 mark. They decided to put him on a medication called Promacta which was going to be a more long-term solution for his situation. However, when that medication only raised his platelet count a small amount something didn't seem right. After five different rounds of treatment they were just spinning wheels. The specialist team called on December 16, 2019, and told his parents that Kaleb needed to have a bone marrow biopsy. On the 19th of December his family received a phone call that Kaleb's bone marrow was being set to Chicago further testing. The reason being, is there was a few indictors of leukemia present in his cells. They scheduled Kaleb to come on January 2, 2020 at the Oncology and Blood Disorder clinic. At this appointment their worst fears were confirmed that Kaleb did indeed have leukemia.

On January 8th he was admitted to Children's Hospital and began his seven month treatment. The first few rounds were brutal but thankfully Kaleb was in remission after his first round. However, he still needed to complete five more rounds (six total). It was a long road but they managed to get through it. Kaleb's strength, determination and resiliency amazed his family every single day.

Kaleb finished his treatments the middle of July. The beginning of August, Kaleb's Hickman was removed use all of his numbers were in the normal range. Kaleb will continue to be seen monthly by his team for now.