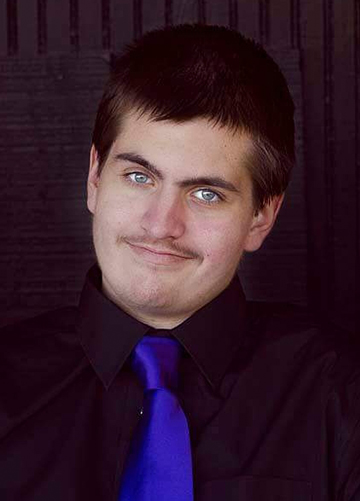 “I love my son more than anything else in the world and just need a little help every once in a while.”

Kevon was a sophomore in high school. He was an honor roll student and hadn't missed a day of school in over two years. He was also a typical 15-year-old that loved to play his video games, listen to music, go to the movies and read.

In September of 2013, Kevon started getting headaches and vomiting. His mom, JoAnn, took him to see his doctor and he was diagnosed with an ear infection. A week later, they returned to the doctor who ordered a CT scan, but it showed nothing. They were told it was probably from a virus.

A third week went by, so they returned to the doctor and demanded a MRI of the back of Kevon’s head. The MRI revealed a mass in his brainstem. So Kevon was scheduled for surgery, and his neurosurgeon assured his family that in 99% of these cases the mass is benign.

Three days before the surgery, Kevon collapsed at home. They rushed him to the hospital and he wasn't able to talk, walk, or swallow. After another MRI, they were told that Kevon’s tumor had bled. He was put on a ventilator, and they awaited surgery.

Almost two weeks after surgery, the neurosurgeon came to their hospital room and asked JoAnn to step into the hall. He said that he never would have guessed in a million years, but Kevon's biopsy came back as Stage 4 Glioblastoma Multiforme.

"I couldn't believe it! My only child had a very aggressive form of cancer that only two percent of people survive,” JoAnn recalled.

Within days Kevon started radiation therapy. He had six weeks of radiation therapy while he was hospitalized. Once radiation was complete, they went to Madonna Hospital in Lincoln, Nebraska for inpatient therapy for two months. A month after radiation, Kevon started chemotherapy. He did chemo one day every other week for about a year. He showed remarkable improvement with every scan, and the final scan showed no sign of active tumor.

Kevon was in remission for five months, but then his scans showed new growth in the same area. Because of where the tumor sat, Kevon needed assistance with almost all daily activities. JoAnn went from working full time to being unemployed and caring for her son 24/7. He had issues with balance, coordination, and memory, and required a wheelchair.

“I'm not complaining. It's my job as a mother,” JoAnn said in her application for a Pinky Swear Envelope Program grant. “I love my son more than anything else in the world and just need a little help every once in a while.”

So Pinky Swear stepped in to cover two rent payments for Kevon’s family about 11 months apart with an Envelope Grant.

“It has been a struggle, but I am doing everything I can to be there to help my son have the best life he can, for as long as he is with me," JoAnn said. "Pinky Swear has generously helped us to pay our rent and keep a roof over our heads - twice!!”

As of December 2016, Kevon is in remission for the second time.