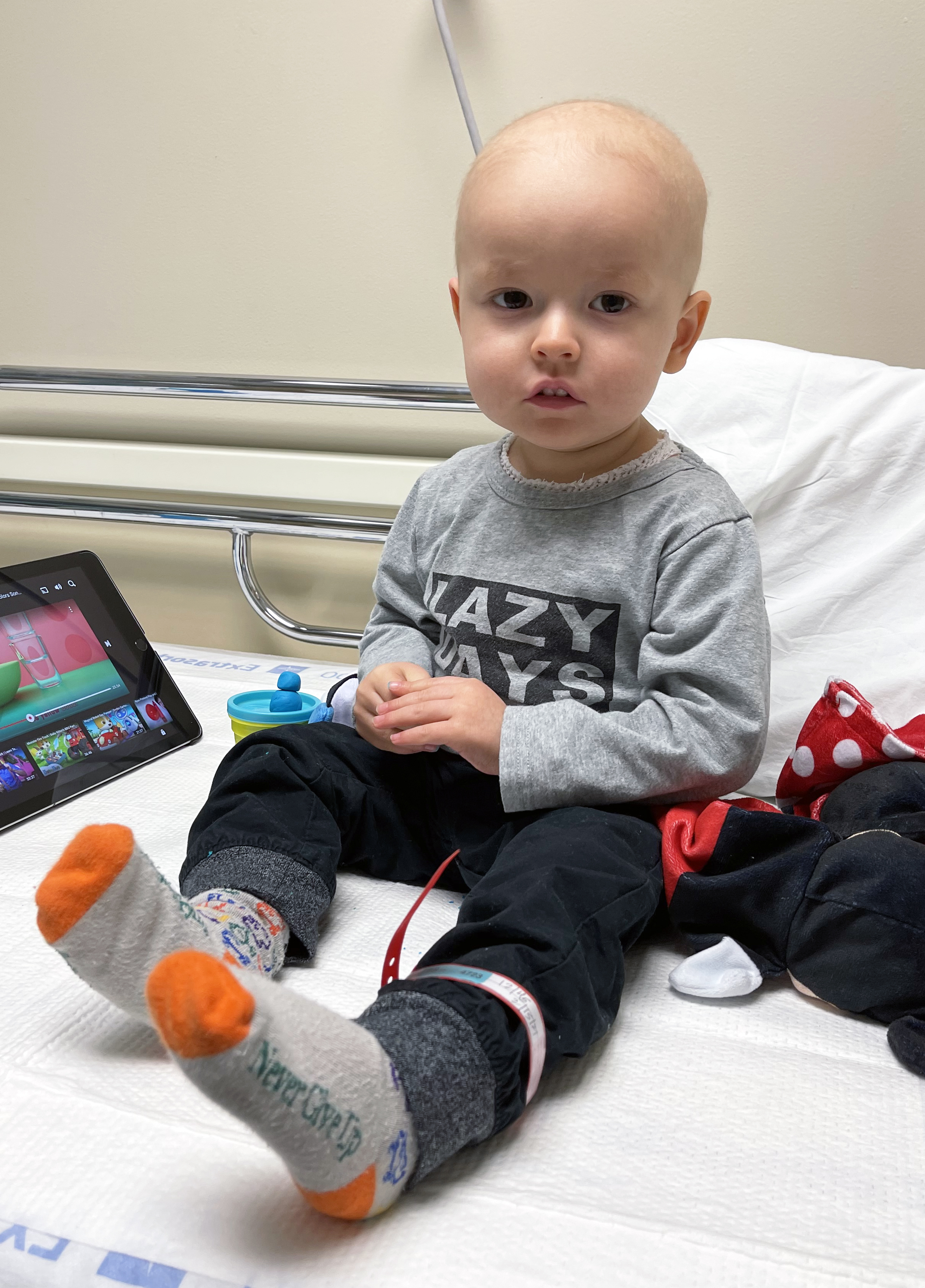 “You feel isolated. Everyone knows you have a kid with cancer, so it compromises your job prospects, and I became worried about being laid off. You have to stay with it because you need the job and the benefits, and so you do the best you can."

Max’s mom, Ivonne, took him to the doctor in the spring of 2020, having noticed that he was very pale. He suddenly had a lot of bruises and was not gaining weight despite being a good eater. The doctor didn’t think it was anything serious, despite the fact that he had bruises from head to toe. Max was just 18 months old.

Soon after, his gums started bleeding. At that point, the family was told to go to urgent care for some bloodwork.

“Later they called to tell me that I must take him to the hospital right away; he has cancer. I was in shock and in disbelief and all I could say is, ‘Can you repeat all of this so that I can write it down?’ They repeated, ‘Just bring him in.’ That’s when our journey started,” explained Ivonne.

Max’s diagnosis hit the family hard in every way.

“Financially, no matter what you try to save, you are never prepared for all the bills,” said Ivonne. “Physically it’s a tremendous effort. Covid meant no support for the parent in the hospital. I was not eating right or sleeping right. There was the psychological impact because it is almost always me who takes him to his appointments where unpleasant things happened; that affects our relationship and our mother-son relationship.”

Ivonne had no choice but to take paid time off plus leave for the first time in her career. In Virginia family medical leave is unpaid.

“You feel isolated. Everyone knows you have a kid with cancer, so it compromises your job prospects, and I became worried about being laid off. You have to stay with it because you need the job and the benefits, and so you do the best you can. I also had to take on more opportunities to generate extra income. I started to sell anything and everything I didn’t have a use for. I have several payment plans with the hospital. You plan but you can never be planful enough.”

“It’s just us in Virginia. I moved there from New Jersey before Max was born, so I don’t have any help from family or consistent help for childcare. He broke his leg (the steroids cause fragile bones). He’s not as tall. He falls a lot walking. Other kids his age doing things like soccer. I just want him to be like other kids and be with other kids. I would have loved to have another child to be Max’s best friend, but that has not been practical because of his treatment and I worry about that baby having cancer, although the chances are rare. It wouldn’t be fair on him or the baby,” said Ivonne.

Ivonne found out about Pinky Swear Foundation through her social worker when they talked about her unpaid leave. Pinky Swear helped with two car payments.

“I didn’t have to worry about that for two months. I want to fully dedicate time for his physical therapy after his broken leg and may take more unpaid leave.”

Ivonne went on to say that Max received toys from a few organizations, but, for parents, the financial help was the most important, especially since friends and family often want to give items instead of money.

“Your income doesn’t always matter, you are set up with a lifestyle based on your income, and this was completely unexpected. The medical bills keep on coming when the child completes treatment. We have four different payment plans with the hospital, and they always mention the payments as soon as you get to the hospital.”

“We also loved the Orange Envelope package, it contained so many cute things.”

Max will finish his treatment by the end of 2022. In the meantime, the family is doing the best they can and remains appreciative of the support they have received from Pinky Swear.