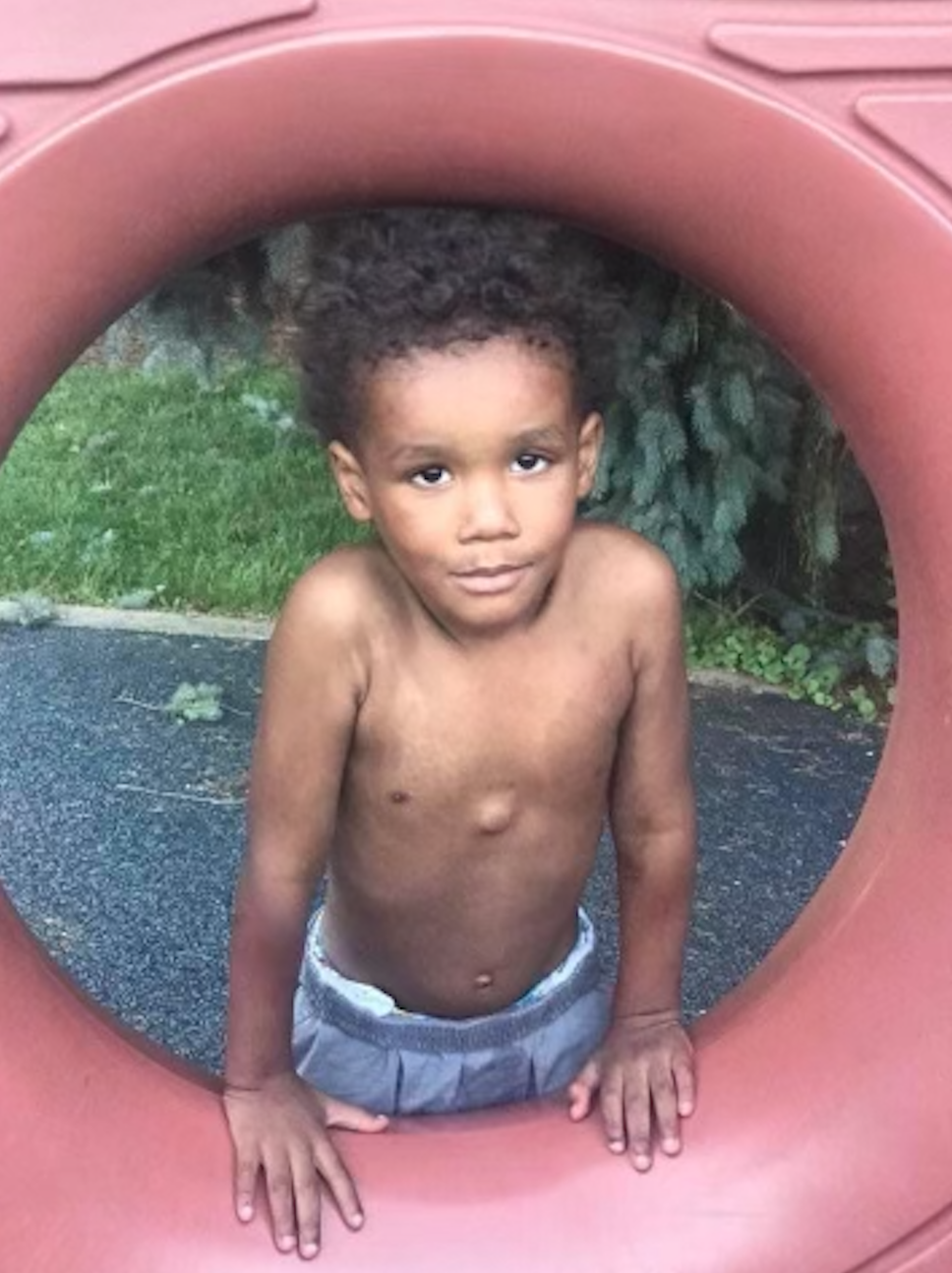 Then, late in 2020, Robert’s doctors decided to give him a chemo treatment meant for adults. He was the first child in the USA to take this medicine and, to his family’s amazement, he did a complete 360. He improved in three days, was out of the ICU, and his host versus graft disease was gone.

All-Star Robert’s family is a busy one; there are five boys and one girl, all between the ages of seven and 16.

“I love having all these boys,” said mom Nicole. “They are very active though; I am lucky that I now have a boyfriend who helps me with them!” Nicole works part-time preparing food for a senior dining company, and she’s also a caregiver for other family members’ kids. There isn’t much room for things going wrong with so many obligations.

Robert was diagnosed with Acute Lymphoblastic Leukemia early 2018, six days later he turned four. Instead of a party, he spent his birthday in the hospital. In the days leading up to his diagnosis, Robert’s legs gave way and he fell down the stairs. He had also been running high fevers and not feeling well. Nicole and her father decided to take Robert to the ER. There, they were referred to the Children’s Hospital, where they did bloodwork and discovered that he had leukemia.

“I was scared; I knew nothing about leukemia. All I could think was, ‘Is he going to make it?’ I felt so hopeless because I couldn’t help him; it was so hard,” said Nicole. “My father was watching the kids at first with help from our childcare provider, but then he passed away that year too. He knew he was sick, but he didn’t want to cause me extra worry, so he didn’t tell me. He was my only helper, but thankfully, by then, Robert was not in-patient because he had responded well to the chemotherapy.”

Nicole was glad to resume working, which had been impossible while Robert was in the hospital.

Robert continued to receive chemo during 2019. A bone marrow biopsy a few days before his sixth birthday showed that he had relapsed. Nicole was beyond disappointed for him. She just wanted him to live his life like other kids. The next two procedures were unsuccessful, and genetically programmed immune cells failed to do their job. Robert’s doctors suggested that a bone marrow transplant as the only option. His little brother, August, was going to be his donor.

Since August and Robert have the same parents, are young and close in age, August was a good match. The family could only hope that the BMT would be successful. Things did not go according to plan.

“It was the hardest point of my life,” explained Nicole. “Robert got host vs. graft disease and was admitted to hospital for four months, including one and half months in the ICU. He couldn’t sleep and was unable to eat. I was terrified that he wasn’t going to make it. I did the only thing I could do to help and stayed with him all the time, except for quick trips back to see the other kids at the weekends. As well as worrying about Robert, it was almost impossible to pay the bills with me not working or getting paid. I received social security. My grandmother made a GoFundMe page. Thankfully, I had met my boyfriend by then, and he was taking care of the kids for me, but they felt sad for their brother, and they missed me. The whole family took a big hit”

Then, late in 2020, Robert’s doctors decided to give him a chemo treatment meant for adults. He was the first child in the USA to take this medicine and, to his family’s amazement, he did a complete 360. He improved in three days, was out of the ICU, and his host versus graft disease was gone.

“I was so joyful. He was himself again, and all I could think was ‘This is too good to be true.’ At first I was still scared that he was not going to make it. I had all my prayer warriors, praying and praying. We still had to stay in the hospital until June 2021.”

As of August 2022, Robert and is about to start second grade. Nicole held Robert back a year because he missed so much school. He still has his little ups and downs, but he is firmly in remission and cancer free.

“It’s like a fairy tale,” said Nicole. “I want to do something so special for him. He is so loveable and joyful. He acts like an old man sometimes, like he’s been here before; he’s so sweet. He likes to play on the PlayStation, and he loves school.”

Pinky Swear helped the family with rent payments, once in 2020 and again in 2021.

“It was a relief; they helped me out a lot. I didn’t know sometimes if I was going to be homeless or not; that was so stressful. Everything was hard: not earning an income, our extra expenses with medical bills. I was just blessed and thankful for you guys’ help. Things today are pretty good. We are still struggling financially, just trying to get the bills paid, especially with school starting. It’s been one thing after another. It will take a long time, if ever, to get back to where we were before Robert had cancer.”

“I do want to say for all the families struggling with leukemia to stay strong, have hope.”