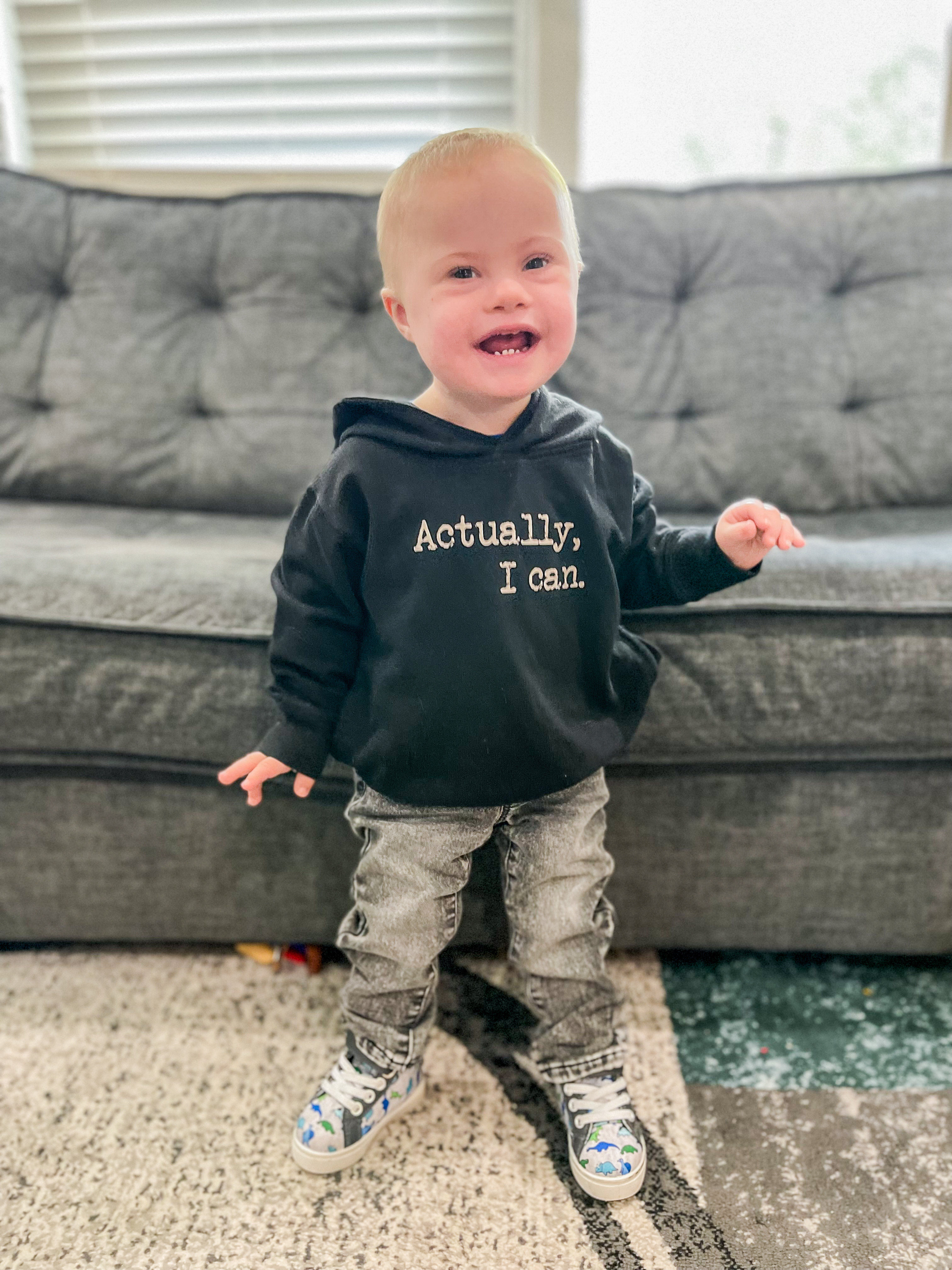 At 14 months old, little Isaac had his long open-heart surgery at Children’s Minnesota. A few days later, his team noticed that his platelets were low, one of the first indicators of cancer. Isaac also had red dots appear on his body; a sign that his blood wasn’t clotting. Isaac had a bone marrow biopsy, and a couple of weeks later Amanda and Derek received the news that Isaac had MDS: pre-cancer.

Isaac’s family was surprised when he was born with Down Syndrome and immediately took a helicopter ride to the nearest NICU two hours away, where he spent the first month of his life. There he was diagnosed with congenital heart disease.

“50% of kids with Down Syndrome are born with a heart defect,” explained his mom, Amanda. “Open heart surgery would be the only fix for the holes in his heart. Isaac also needed help with feeding and breathing. His big sister, Abigail, spent the entire time with her grandparents, and we stayed in his hospital room. It was very tough.”

Isaac had regular check-ups to determine the timeline for heart surgery. Amanda was working from home due to Covid, so she was able to stay home with Isaac for the first six months of his life.

At 14 months old, little Isaac had his long open-heart surgery at Children’s Minnesota. A few days later, his team noticed that his platelets were low, one of the first indicators of cancer. Isaac also had red dots appear on his body; a sign that his blood wasn’t clotting. Isaac had a bone marrow biopsy, and a couple of weeks later Amanda and Derek received the news that Isaac had MDS: pre-cancer.

“I was terrified,” said Amanda. “They asked if we could get to the hospital that day. I chose the closest one, Sanford Children’s Hospital in Sioux Falls, two hours away from home.”

Isaac had more heart tests, surgery to insert his port and start chemo. 2.8% of kids with Down Syndrome are diagnosed with Leukemia. His treatment would take six to eight months.

“It was hard on him; we could not pick him up normally because of his heart surgery. He refused to sleep in his crib as too many bad things happened there. So, we turned the pull-out couch around and I slept on it next to him. He slept well when they could manage the pain, but often we didn’t know how bad it was until it was too far gone.”

We were both there for about the first week, then I went home because I had to work,” explained Amanda. “But someone was always there with him.”

In the new year, Amanda’s mom started meeting her at the hospital so that she could work on the weekdays. She drove back to the hospital on the weekends. Derek adjusted his schedule to get Abigail to school and dance class. He worked every weekend, which led to Abigail staying with his parents. Isaac came home in between chemo sessions for six to ten days. The family never unpacked their bags.

“The hardest thing about all of it was that Abigail couldn’t be with her brother,” said Amanda. “They have been attached at the hip since he was born. It was very hard on her. We had time to prepare her for the heart surgery but when Isaac was admitted for chemo, it was abrupt, and she was scared.”

“Once we were able to personalize our stay, it felt a lot less stressful. By our second or third session, we got into a routine and had some normalcy; I was exhausted, though and I had zero time for myself.”

“The Orange Envelope arrived with a gas card that paid for several of our trips. It was a relief to know that we didn’t have to pay out of pocket. During our last session in May, gas prices started increasing. We were so thankful just knowing that we had a full tank to get there,” said Amanda.

“Pinky Swear then paid our mortgage; that was our biggest bill. We had bought a house one month before Isaac was born, and receiving the mortgage payment gave us a feeling of euphoria. Pinky Swear worked directly with our bank which took away the stress. We had more money to eat on the road, pay for gas, and we were able to make life normal for Abigail – things like going to the movie theater and going out to eat, and purchasing gifts for her friends’ birthday parties. Knowing we could spend money on those things made her feel loved and normal.”

“In May 2022, Isaac got to ring his bell and then come home. He goes to the hospital regularly for check-ups. He is in daycare full time. He has grown, can crawl and pull himself up. He is two-and-a-half years old! We are spreading out his check-ups and hoping for no more surprises with this little boy for a very long time,” said his mom.